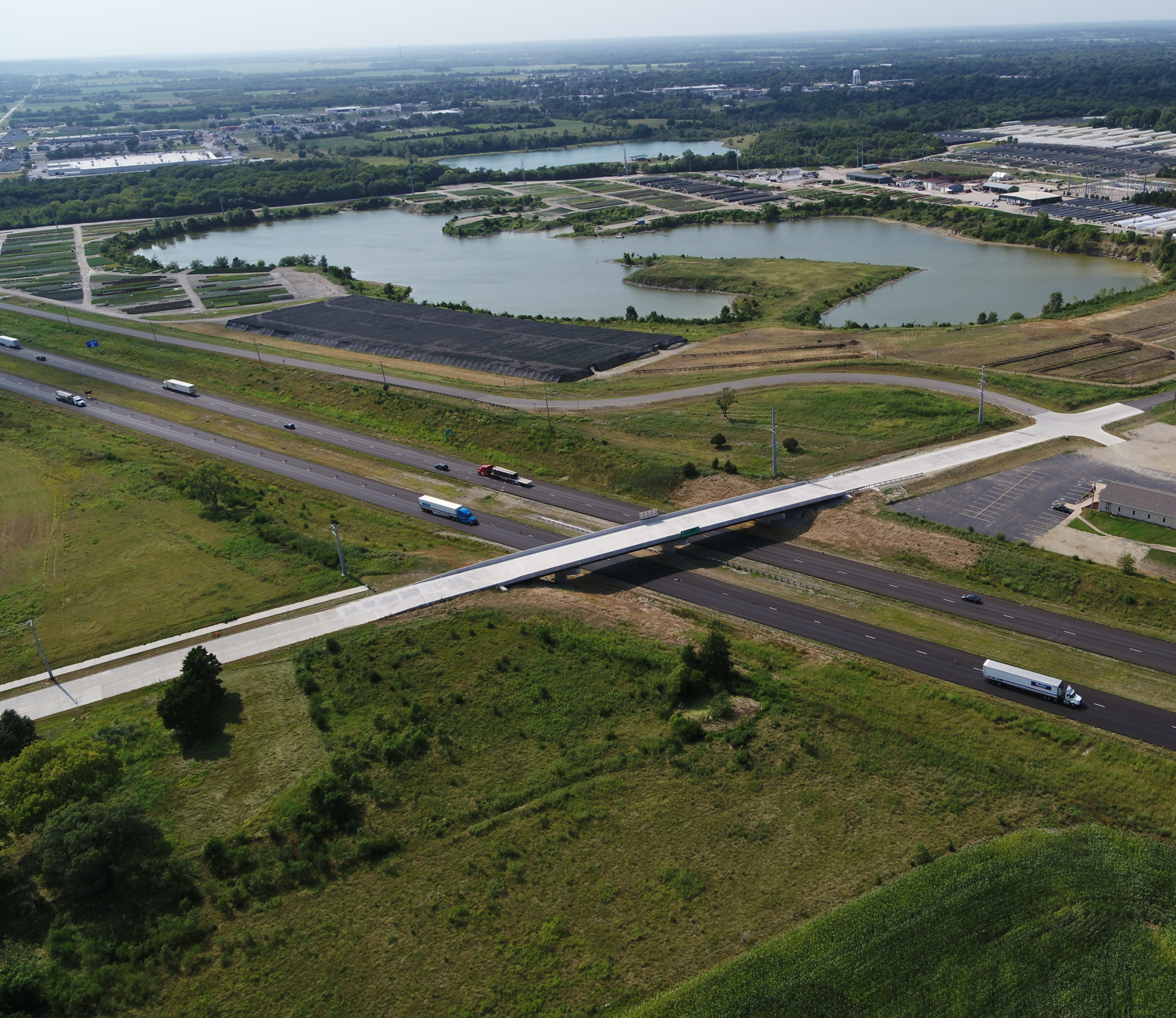 GBA provided Construction Engineering & Inspection (CE&I) services for a bridge replacement project that was honored recently with a Kansas Department of Transportation (KDOT) Partnering Award, for a District 4 project greater than $1.5 million.

The project – a replacement bridge on Montana Road over I-35 near Ottawa – is a four-span, steel girder bridge with pile and drilled shafts foundations. The new bridge replaced an extremely worn structure, with exposed rebar on the deck and other safety concerns. It will better serve the traveling public and a planned industrial park nearby.

As the project was starting in early 2020, the team identified a problem with roadway elevations coming into the south end of the bridge. The road, constructed as a City/County project the previous year, connected to the bridge tie-in about six inches above the elevations listed within bridge plans.

Through significant communication and teamwork, A.M. Cochron & Son, KDOT Design, GBA, the Garnett KDOT Construction Office, the City of Ottawa, and Franklin County were able to connect the two projects without re-designing the bridge structure.

Get article
text Copy to
clipboard